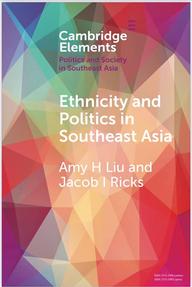 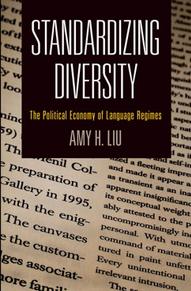 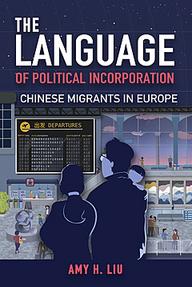 The Language of Political Incorporation: Chinese Migrants in Europe (Temple 2021)

When migrants are situated in networks that use a lingua franca, they are more likely to trust authorities and engage with locals. The strength of these networks, however, is conditional on the absence of migrant-targeting policies. To test, I look at the Chinese in Central-Eastern Europe. Evidence includes the largest Chinese survey of its kind (N>2000); interviews in five countries; text analysis of newspaper articles in Hungary; and participant observation of a police raid in Romania. I compare the findings to Muslim migrants in the region, the Chinese elsewhere, and the implications for local attitudes towards the Chinese and other out-groups. [Publisher's Website] [Amazon]

Language regimes are the products of bargains between groups over whose languages to recognize. In turn, this choice can have economic implications. Using an original dataset of language-in-education policies (1945-2005) and drawing on fieldwork data from Southeast Asia, I show how linguistic power is distributed - e.g., if a lingua franca is recognized - can generate social trust, attract foreign investment, and promote economic growth. The findings suggest governments in even the most heterogeneous countries have institutional tools to standardize their diversity and to avoid the poverty trap. [Publisher's Website] [Amazon]

Ethnicity and Politics in Southeast Asia (Cambridge 2022) – with Jacob I. Ricks​

What explains the treatment of ethnic minorities in Southeast Asia? We conceptually disaggregate ethnicity into multiple constituent markers – specifically language, religion, and phenotype. We then provide a theoretical framework: By focusing on the interaction between these three ethnic markers, we contend how these markers overlap can affect whether a minority integrates within a broader ethnic identity; successfully extracts accommodation as unique group; or engages in a contentious and potentially violent relationship with the hegemon. To test our argument, we explore the ethnic politics in six group-state dyads: (1) ethnic Lao in Thailand: integration; (2) ethnic Chinese in Thailand: integration; (3) ethnic Chinese in Malaysia: accommodation; (4) ethnic Malays in Singapore: accommodation; (5) ethnic Malays in Thailand: contention; and (6) ethnic Chinese in Indonesia: contention. We focus on these six cases because they lend themselves well to a larger most-similar comparative case design. [Publisher's Website] [Amazon]